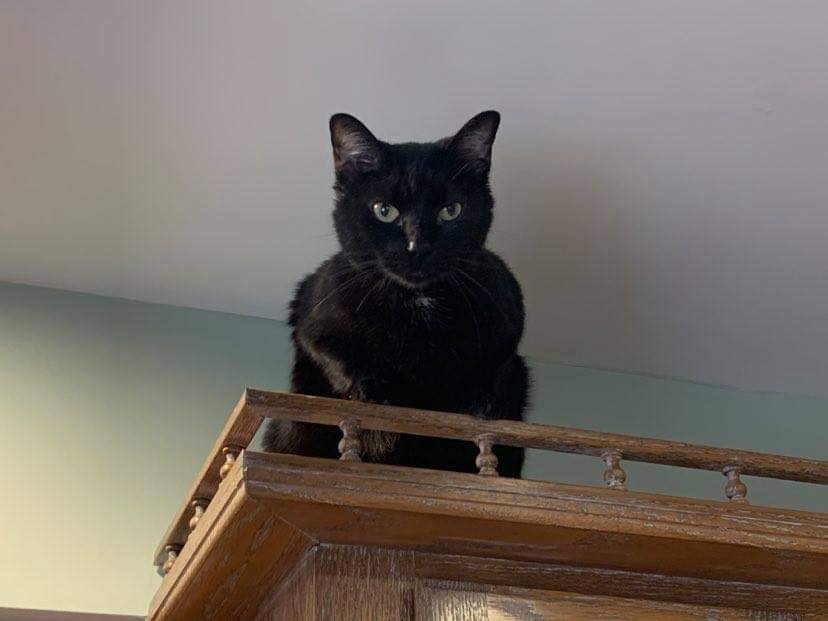 Plants and Flowers Toxic to Pets

Pets are truly our best friends. Whether it’s a dog excitedly bounding towards you to play or warm cuddles from a cat after a long day, our furry friends always know just what we need. However, lots of animals also like to eat things that they shouldn’t. My cat, Captain Jack Sparrow (pictured above), loves to munch on all sorts of things that aren’t food, much to my dismay. We love our animals so much, so it’s only right that we keep them safe. If you’re sending flowers to someone who has a dog or a cat, here are some flowers commonly used in arrangements that might be toxic to pets.

If you’re a cat owner, you’ve probably heard this one before. Many varieties of lilies, including Oriental lilies, Asiatic lilies, and stargazers, are extremely toxic to cats. Even with just a little bit of exposure can cause harm. According to the ASPCA, it’s not known what causes lilies to be toxic to cats. They are not toxic to dogs in the same way, but these beautiful blooms can be fatal to felines.

Though not quite as intense as the lily, carnations are another common flower that is toxic to both cats and dogs. Though the symptoms are a lot milder in comparison to the lily, the flower can still cause gastrointestinal distress and dermatitis. If you receive an arrangement with carnations, it’s best to keep it out of reach of your furry friends.

Chrysanthemums, including daisies, contain natural insecticides known as pyrethrins. While this is good for keeping insects off the flowers, it also means that anything that eats it will ingest that insecticide too. Gerbera daisies are a different genus and are not toxic to pets.

Along with being toxic to dogs and cats, hydrangeas are also toxic to us humans! This is because the plant contains cyanide. While death from ingesting hydrangeas is rare, the flower can still cause irritation and gastrointestinal issues. Dogs and cats, since they’re generally smaller in stature compared to the average person, would have a stronger reaction to the chemical than humans would.

Tulips are another flower commonly found in floral arrangements that are toxic to dogs and cats. The toxins are most concentrated in the bulb of the flower and can cause depression and gastrointestinal issues. If you do receive an arrangement with tulips, be sure to keep it out of reach of curious paws.

So, are flower arrangements and pets completely incompatible? Not at all! Several flowers, including roses, sunflowers, and snapdragons, are non-toxic and won’t cause serious harm if ingested. However, that doesn’t mean your pets can go around eating roses all they’d like. The ASPCA cautions that “the consumption of any plant material may cause vomiting and gastrointestinal upset for dogs and cats.” And even if the flowers are completely harmless, they may be treated with pesticides and other chemicals that can cause harmful symptoms.

A full list of plants and flowers that are toxic (and non-toxic) to pets can be found on the ASPCA’s website here.